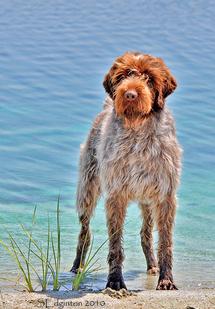 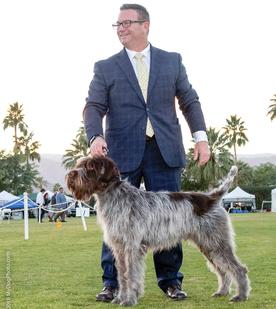 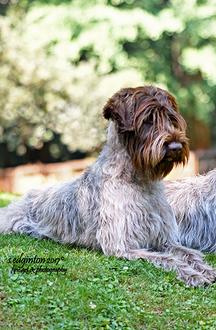 Sam is our first Griffon and he set the bar high for all that will follow. He is an amazing hunting dog and has one of the best temperaments ever.  Sam has sired 3 litters and his offspring have earned us the following:

Finn is owned by Becky Brannan and Meagan Withrow.  Finn has spent 2017 in the show ring and finished the year #4 (breed points) and #9 (all breed points)

Watch for Finn at Westminster in February 2018!

Rumzee is our newest addition and we are very excited about him. He is out of Whiskeytown's Rum Litter. He is showing promise in the show ring and in the field.  He finished his Junior Hunter title in February 2017 and is training for Senior hunter the remainder of this year.