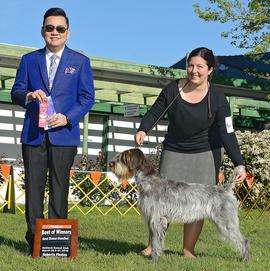 Scarlett is from our American Muscle Car litter, born in June 2018.  She lives with Andrea Brown and Jenny Muenzberg and is co-owned with Independence Sporting Dogs.

Scarlett finished her AKC championship in 3 weekends and earned her Grand Championship quickly thereafter, all before she is two years old! 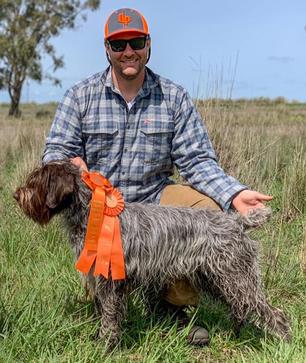 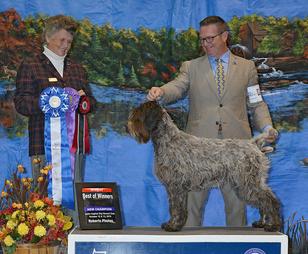 Daisy is retired from breeding and showing.  She is 5 years old and enjoys spending all her time with me!

Daisy is our girl from Whiskeytown's Carmel Litter.  We love our Sam daughter and she has proven she can hold her own in the show ring and the field.  Daisy has accomplished the following:

CoCo is retired from breeding and showing.  She is 10 years old and now enjoys hunting and being a ranch dog.

CoCo is our girl from Fireside Kennels. Coco has been bred under Whiskeytown Kennels through 2015. Her offspring have been very successful: 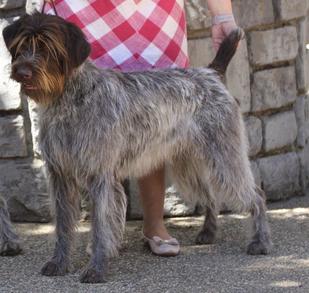 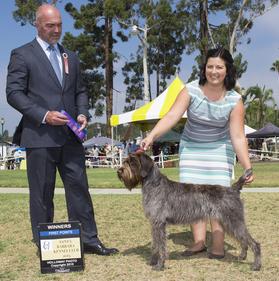 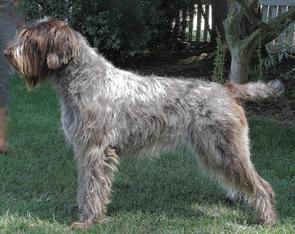 Beti is from our Freedom Litter born in March 2017.  This is a Coco daughter that we are so happy to co-own with Tom & Aubrey Silva.

Beti completed her AKC Championship and Junior Hunter title.  She has an amazing temperament for the home and work hard in the field.

Frankie is co-owned and lives with Bill and Kathy Stein. She is our girl out of Whiskeytown's Sangiovese Litter. Frankie finished her Championship at 15 months old.   She also is showing promise in the field and we look forward to what the future holds.

Nelly is our newest addition and we couldn't be happier.  This was a litter with Double Barrel Griffons sired by our boy Rumzee.  The litter has proven themselves at the young age of 1 year old.

Nelly lives with Bill and Kathy Stein in Woodland, CA.  Nelly completed her AKC Championship at 10 months old at the AWPGA National Specialty